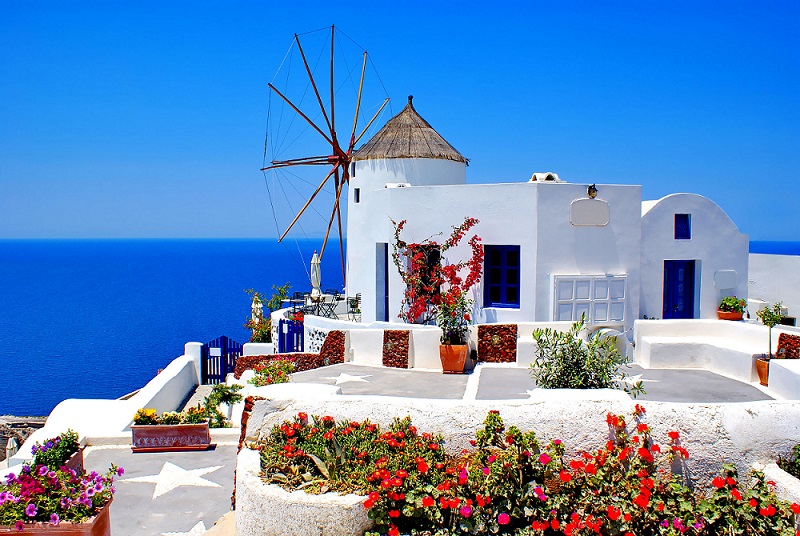 Tourism in Greece has been a key element of the economic activity in the country, and is one of the country’s most important sectors. Greece has been a major tourist destination and attraction in Europe since antiquity, for its rich culture and history, which is reflected in large part by its 18 UNESCO World Heritage Sites, among the most in Europe and the world as well as for its long coastline, many islands and beaches.

Greece has attracted 26.5 million visitors in 2015 and is projected to attract 30 million visitors in 2016, making Greece one of the most visited countries in Europe and the world and contributing 18% to the nation’s Gross Domestic Product,  with its capital city  Athens, as well as  Santorini,  Mykonos,  Rhodes,  Corfu,  Crete  and  Chalkidice  being  some  of  the country’s major tourist destinations.

In recent years, Greece has also promoted the religious tourism and pilgrimages to regions with a significant historical religious presence, such as the monasteries in Meteora and Mount Athos, in cooperation with other countries.